Now, a lot of folks say that a fist is the only weapon you need. This is wrong.
A fist is the only thing you need to hold an actual weapon,
unless the weapon is sufficiently large to require a second fist.
Anyone who says a fist is a weapon is a goddam liar,
and probably does not know a weapon from a goddam hole in the ground. 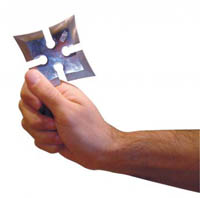 This is a good example of what I outlined above.
This fist is holding a weapon, which makes it already two hundred times better than a stupid fist.
Only problem is this is a goddam pansy weapon.
I don't even know what to call this and it's pissing me off so let's move on. 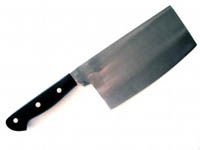 Much better!
A cleaver, though considered crude by some, is really an excellent weapon.
Good weight, feels great in the fist, perfect for really going to town on somebody.
This is your run-of-the-mill weapon. The one that takes you home, that gets the job done.
It's hard to believe, but things only get better from here! 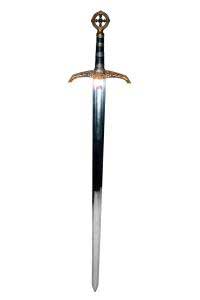 Oh sweet Jesus!
Now we are talking weapons! Shut the fuck up about the stuff I reviewed before.
This is a goddam broadsword you sons of bitches.
This is serious no-holds-barred dingadongalongohfuckasword WEAPON!
Try holding on to one of these motherfuckers at the water cooler --
you might find your opionions carry a little more weight with your colleagues.
Another perk of owning this kind of weapon is you'll always win the NCAA basketball pool,
even if you picked an assmunch no-name school to win the whole thing.
Try it out. I think you'll be pleasantly surprised. 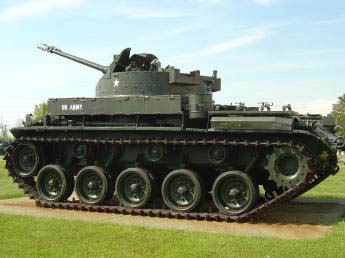 Let's crank it up a notch, shall we!?!! LOL!
I may have been playing grab-ass before with the weapons, but now it's time to buckle DOWN.
This is the kind of weapon a guy could really get his weight behind.
Tanks are possibly the best weapon requiring two fists to operate properly,
with the only possible exception of a flail, mace, or bludgeon --
all of which kick much less a-ho than a tiggidy-tank.
Weapons like this are perfect for getting the point across at your next major office meeting. 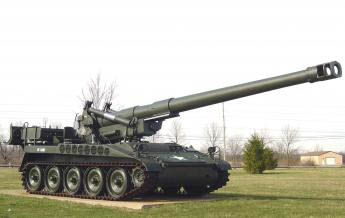 Finally.
I mean, someone had to bring it up.
This is the 800 pound gorilla of weapons - it kicks mucho azz wherever it wants!
A seriously huge goddam gun is the weapon of choice for all occasions.
Forget the conventional wisdom that says small weapons are sometimes better.
This is patently false. I mean, you create your own goddam wisdom
when you have one of these sick bastards slung in your holster.
Pick one up ASAP and see if that raise you were denied all of sudden comes trotting up to say hello.
I personally use one of these whenever I'm ordering at Starbucks.
Three words: free Ethiopia Sidamo.

I hope this gave you all a good starting point for thinking about weapons,
and helps you to avoid the goddam pansy crap most people go for in weaponry.
Get yourself a huge asswhuppin' gun. You'll be happy you did.